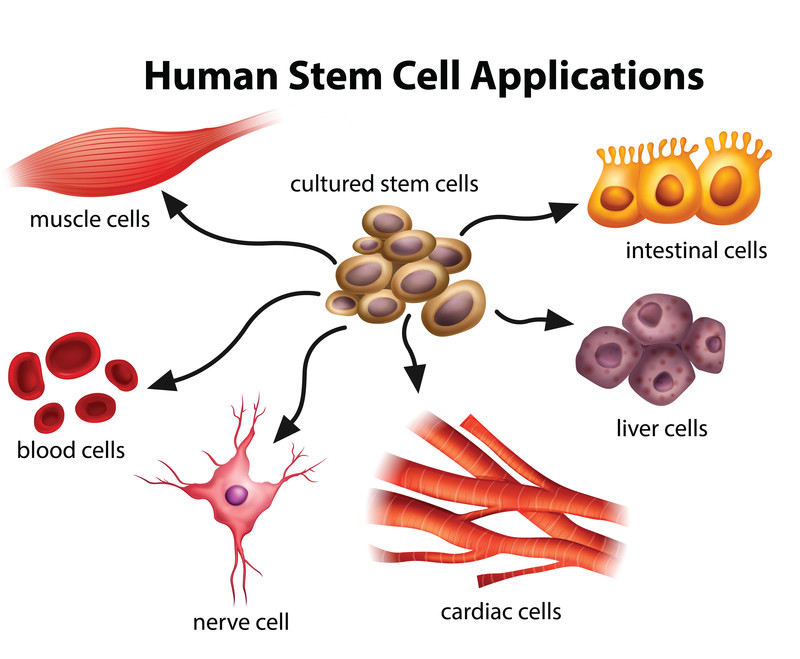 Few medical treatments today have garnered as much scrutiny as stem cell therapy. This treatment offers hope and the chance for health to patients suffering from a wide range of medical conditions, from myriad types of cancer to anemia, and everything in between. However, it has also be quite controversial, with the federal government weighing in on its use and legality. Today, stem cell treatment is incredibly important, and much better understood than it once was. The controversy surrounding the treatment has also faded due to new techniques. What should you know about stem cells and their incredible potential?

Stem cells are unique types of cells inherent to the human body. They are not tied to a specific type of tissue the way other cell types are, but can be found throughout the different tissues and organs in the body. For instance, stem cells can be found in the heart, but they are not necessarily heart tissue cells. They can be found in the body's muscles, but are not necessarily muscle tissue cells. Stem cells can become different types of cells, or they can remain stem cells. For example, in bone marrow, stem cells frequently change and become replacements for old, damaged cells, allowing a constant, reliable source of replenished bone marrow cells, which is vital for red blood cell production. However, in the heart, stem cells only change into other cell types under specific conditions. These unique cells are incredibly adaptable, and they possess unique regenerative capabilities. Under the right induction, a stem cell can be encouraged to transform into any type of cell. This has profound ramifications for the treatment of myriad diseases. Stem cells are also capable of reproducing themselves using a process called cell division. It is similar to the way that many single-celled animals reproduce, and it can occur even after long periods when the cells were inactive.

What about the Controversy?

The controversy surrounding stem cell treatment arose primarily due to early sources of stem cells. In the early 1980s, stem cell researchers were able to source cells from mouse embryos. That technique was carried over to human stem cells. Human stem cells were sourced from human embryos developed within laboratories, and then grown in lab conditions. In the vast majority of instances, embryos are created through in vitro fertilization of eggs donated knowingly to the laboratory. They are usually not created from naturally fertilized eggs. However, this does require the creation of an actual human embryo, albeit in a laboratory setting. This has given rise to controversy surrounding the ethicality of using human stem cells from developed embryos, even if those embryos are fertilized in a laboratory and never allowed to develop to the point that they become recognizable as fetuses (eight weeks into development). The controversy has largely abated thanks to the discovery that stem cells exist in significant quantities within umbilical cord blood and umbilical cord wall tissue. In addition to the discovery of adult stem cells, scientists have also discovered how to induce pluripotent stem cells in blastocysts, and how to source amniotic stem cells. None of these methods involve the creation, use or destruction of human embryos, allowing the controversy to die off and highlighting the singular benefits of these unique cells.

Diseases and Medical Conditions That Can Be Treated

As mentioned, stem cells can be used to treat an incredibly wide range of diseases and medical conditions. Most forms of cancer can be treated with a combination of chemotherapy or radiation therapy, and allogeneic stem cell transplant. In addition, stem cells can be used to treat conditions like traumatic brain injuries and skin diseases, as well as in the treatment of multiple sclerosis, spinal cord injuries, neurological disorders, kidney disease, cerebral palsy, liver disease, heart disease, diabetes, and can even be used to help treat stroke victims. What's more, ongoing stem cell research has the potential to open up new avenues of treating additional diseases and medical conditions.

Is Stem Cell Treatment Right for You?

While stem cell transplantation can be used to treat may diseases, it may not be the right fit for your unique situation. It's imperative to consult with an experienced physician who can evaluate your condition and explain your options for treatment.