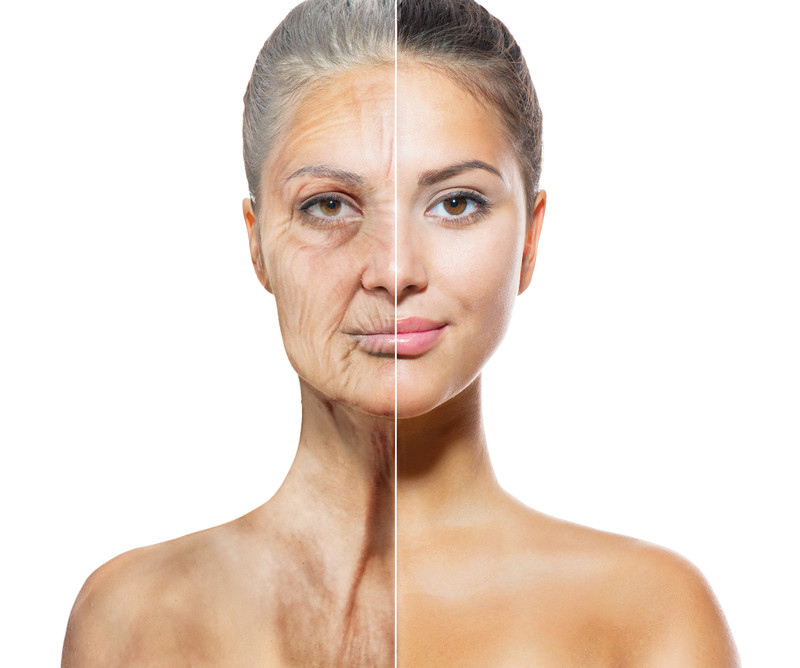 Aging - of all life's processes, it is the one that frightens humans the most. The thought of aging conjures up images of wrinkled, sagging skin, fragile bones, and increasing health problems. It speaks to us on an intrinsic level of our own mortality, no matter our chronological age. However, there may be a way to at least slow down the process of aging.

In a study published in the journal World J Stem Cells, a study by Kanya Honoki characterized aging as, "dysfunction of tissues, organs, organ systems, and the whole organism". The book Evolutionary Biology of Aging published in 1991 defined aging as, "a persistent decline in the age-specific fitness of components of an organism due to internal physiological deterioration". Both of those definitions are correct, but they do not touch on the actual underlying cause of aging. It actually relates to stem cells, and their depletion in the body. In her study, Kanya Honoki explained, "Aging results from the reduced function of effective stem cell populations."

Stem cells are present before any other cell type in the human body. You can think of them as building blocks of the body, in fact. These cells are unique in that they can transform into any other type of cell in the body, from nerve cells to bone cells, and everything in between. They are most heavily concentrated during embryo formation, and then decline rather rapidly throughout life.

What Role Do Stem Cells Play in the Body to Prevent Aging?

Stem cells are the bedrock on which our bodies' healing capabilities are built. They play a role in cellular regeneration and numerous other functions. As the number of stem cells in our bodies declines, and as genetic mutations and toxins accrete within the remaining cells, damage to other cells goes unrepaired. This leads to physical signs of aging - skin losing its elasticity, hair turning gray, bones losing their density, muscles losing their strength, and more.

How Can Stem Cell Treatment Rejuvenate an Aging Individual?

Introducing new stem cells into an adult body has been shown to rejuvenate bodily systems. This works in a number of ways. First, younger stem cells can actually help to revitalize older stem cells. Second, new stem cells introduced to an aging body will begin dividing on their own over the course of several weeks, multiplying and replenishing the body's supply of stem cells. These cells can also divide into other cells needed for rejuvenation and repair - damaged nerve cells might be repaired, or they might be replaced by new cells, for instance. Damaged muscle tissue can be repaired as newly divided stem cells diversify into connective tissue cells and restore tissue. Especially this is achieved by the use of mesenchymal allogenic stem cells. Experiments involving harvesting heart stem cells from infant rats and injecting those into the hearts of elderly rats showed significant promise. The cells rejuvenated the aging rats' hearts, but also had an effect on their entire bodies. The elderly rats became much more vigorous, exercised more, and even experienced fur regrowth. However, there are several issues facing stem cells used to fight aging and provide bodily rejuvenation. One of those is the source of the stem cells in question. There are two primary sources today - autologous stem cells, which come from the patient's own body, and allogeneic stem cells, which come from umbilical cord blood and umbilical cord wall tissue. Autologous stem cells are the least effective - they are as old as the patient, which means they have shortened telomeres and a reduced ability to divide. They may also have genetic mutations and toxins that cause an immune response after injection. Allogeneic stem cells, on the other hand, cause no adverse immune response, and require no genetic matching. They're also young and energetic, with full-length telomeres and the capability to divide and replicate for years to come. Using the incorrect type of stem cells can lead to a lack of results, or it can lead to serious problems, as well. For instance, a woman who had her own stem cells harvested from fat in her body (autologous stem cells) and then injected around her eyes in an attempt to rejuvenate them experienced unanticipated problems. Rather than turning into skin cells, collagen or otherwise rejuvenating her face, the cells formed bones around her eye due to the type of chemicals the technicians utilized in the injection matrix. The mesenchymal stem cells derived from umbilical cord are not associated with such problems.

Ultimately, allogeneic stem cells have immense potential for slowing the aging process. Some experts predict that it might effectively double the human lifespan. However, it is vital that the right source of stem cells be used, and that those stem cells are administered properly within the body. It's also important to note that there are currently no FDA-approved stem cell treatments for aging, and all procedures are experimental in nature.